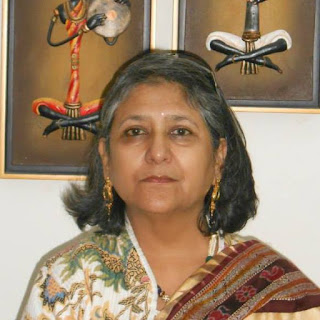 Labour Court, Delhi,  rejects the enquiry conducted by the management of Bennet Coleman & Co. Ltd. (Times of India Group) against its dismissed journalist Ira Jha as unjust and unfair. Ms. Ira Jha joined Navbharat Times, a part of Times of India Group as sub-editor in 1985 and was promoted as Chief-sub editor in 1994, the first woman journalist to attain that position  in Hindi journals. Due to  heavy traffic jam near ITO,  Delhi on 13th May,2000 she was late by half an hour for which there was altercation between him and his chief (Shri Ram Kirpal Singh). The management issued a charge-sheet –cum-suspension letter dt.15th May, 2000 accusing her of misconduct of ‘in-subordination’ and ‘creating disorder’ in the office.


The contention of Ms. Ira Jha was that  a clique in the office was jealous of her promotions and had fabricated the case with a view to victimize her. Management conducted a domestic inquiry in which some officials were produced as witnesses against her. However some of the witnesses were examined in her absence. She was not allowed to cross-examine those witnesses inspite of her repeated requests. The enquiry officer found the charges leveled against her as proved and submitted the enquiry report dt.24.01.2001 to the management.

The management issued a Show Cause notice to Ms. Ira Jha on 23.03.2001 informing her that the management had  received the inquiry report and had decided to  impose the penalty of dismissal on her and   further said that the enquiry report was attached with the said  notice. She was asked to submit her response on the penalty proposed within 72 hours.  The Show-cause notice dt.23.03.2001 issued to Ms. Ira Jha  by regd.post returned  un-served  on 28.03.2001  with the remark ‘house locked’.  But the management without verifying whether Ms. Ira Jha had received the notice or not issued dismissal order on 27.03.2001 alleging that she had not replied to the said Show Cause notice and therefore the penalty of dismissal was confirmed.

The Labour court  held that the Enquiry officer did not conduct the enquiry proceedings  as  per principles of natural justice.  With respect to the service of the Show-cause notice dt.23.03.2001 the learned Labour court held that the management sat our the enquiry report  dt.24.01.2001 for two months and gave only 72 hours time  to Ms. Ira Jha to reply to the Show cause notice dt.23.03.2001. Further it did not care to verify whether the notice was served or not on the suspended employee.  On the above basis Shri Narinder Kumar, the ld. Presiding Officer of the  Labour Court,  vide its order dt.23.02.2001 held the action of the management as  unjust and unfair and rejected the enquiry as vitiated.

However as per law, the management has been given one more chance to lead evidence in court to prove the charges and  the witnesses have to appear in person  before the ld. Labour court to tender evidence. The next date for management evidence is 30th March, 2016. Ms. Raavi Birbal, Advocate, appeared on behalf of the Management
while Mr. N.D.Pancholi on behalf of Ms. Ira Jha.