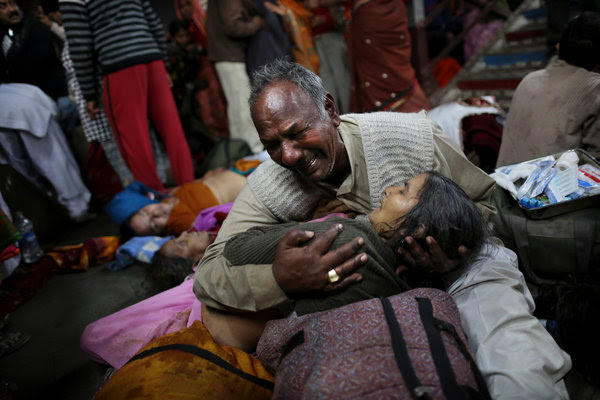 this was not a stampede , but a planned scheme to malign the kumbh,
so that not many people go there, as every body is saying.

all the culprits responsible,should be hanged by neck by railway minister, prime minister, president, and the supreme court of india,  on the cross roads,

and not hang them,  like thieves, killing the people in the darkness of the jail as under: