Flaxseeds have become very popular recently, because they are a richest source of the Omega 3 essential fatty acid; known as Alpha Linolenic Acid (ALA), lignans and fiber. People in the new millennium may see flaxseed as an important new food super star.
Flaxseed also increase oxygen consumption at the cellular level resulting in increased energy and stamina, and feeling of well-being. In fact, there’s nobody who won’t benefit by adding flaxseed to his or her diet. Even Gandhi wrote in his book: “Wherever flaxseed becomes a regular food item among the people, there will be better health.” In the 8th century,   French king    Charle magne    even passed a law requiring his people to use flax seed so that they would be healthier.
Omega-3 Fatty Acid – Anti-entropy Factor
The omega 3 fatty acids include the essential fatty acid alpha-linolenic acid (18:3 n-3) and longer chain metabolites Docosahexaenoic  acid (DHA 22:6 n-3)  & Eicosapentaenoic acid (EPA 20:5 n-3). In Omega 3 acids, the first double bond is located on the third carbon from the methyl end of the hydrocarbon chain. For omega 6 fatty acids, it is located at the sixth carbon. Generally speaking there are two primary benefits omega-3 fats have on our bodies include:
Cellular Membrane Components:
The outer membrane of human cells act as a gateway allowing raw materials in, and processed materials requires a constant turnover of PUFA’s to remain functional . Omega 3’s are an essential part of this replenishment . A shortage of Omega 3 reduces the ability of cells to efficiently  perform their function, leading to nutrient starvation and chronic inflammatory illnesses. 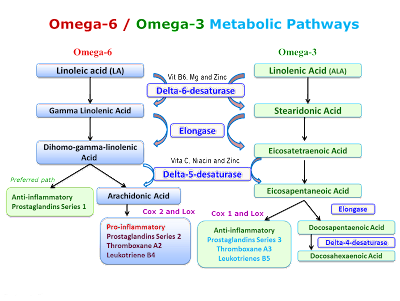 The Flaxseed is a feel good food, keeps your mind cool and you stay cheerful. Negative thoughts stay far away from you. You don’t become angry. Your mood is always elated and positive.  This is super anti depressant. Studies showed that it improves hostility in early teens and criminal behavior in prisoners. Flaxseeds are essential for the function and structure of the brain and improve cognition, memory learning skill and concentration. Flaxseed is SIM CARD of mind’s circuit (Mnemonic of flaxseed benefits on mind). Here SIM means Serene, Imagination & Memory and CARD denotes Creativity & Concentration, Alertness, Reading writing & thinking ability and divine. Flax has been scientifically proven to treat depression, diabetic neuropathy, ADHD, Alzheimer’s disease, Parkinson’s disease,  multiple sclerosis and  proven to improve the behavior of Schizophrenics. Flaxseed can improve eyesight and perception of colors. Colors look bolder and vivid. Life becomes simply more colorful.
Answer to Arthritis
The two most common forms of arthritis are osteoarthritis and rheumatoid arthritis. Osteoarthritis occurs when cartilage within the joint begins to wear away and bone rubs on bone. Rheumatoid arthritis is an autoimmune condition, where the immune system attacks the synovial lining of the joint, causing pain, rigidity and deformity. Flaxseeds slowly heal these inflammatory joint diseases.
Prostate
The flaxseed may help to prevent swelling and inflammation of the prostate. Symptoms of prostate enlargement, such as urgency to urinate, may lessen within few weeks as a result. The EFAs also play a role in keeping sperm healthy, which may be of value in treating male infertility, and they can improve erectile dysfunction. Many patients reported that it delayed their ejaculation times.
Obesity – Flax reshapes your body
Flaxseed help fight obesity. Adding flaxseed to foods creates a feeling of satiation (feeling of fullness and satisfaction following a meal). The essential fats in flaxseed cause the stomach to retain food for a longer period of time as compared to no-fat or low-fat foods. Furthermore, flaxseed stokes the metabolic processes in our cells much like a furnace, once stoked, the cells generate more heat and burn calories.
Dr. Budwig Cancer Protocol
Discussion about Flaxseed is never complete without highlighting achievements of Dr. Johanna Budwig, top European cancer research scientist. She proposed Flaxseed oil and cottage cheese diet for prevention and treatment of cancer, arteriosclerosis, strokes, cardiac infarction, enlarged prostate, arthritis and even immune deficiencies. Thousands of cancer patients have been helped by her protocol with 90% documented success rate. Testimonials can be found for almost every type of cancers, even late stage. Dr. Budwig has assisted many seriously ill individuals, even those given up as terminal by orthodox medical practitioners, to regain their health through a simple regimen of nutrition. Dr. Budwig has been nominated for a Nobel Prize 7 times, but was not given because of her refusal to use radiation or chemotherapy. According to the US Department of Agriculture, flaxseed contains 27 identifiable cancer preventative compounds.
Best of the Best for Body Building
The fatty acids in flaxseed are the starting point, or the mortar and bricks for manufacturing all other fatty acids and  hormone precursors necessary to support and build strong lean muscles, while prolonging stamina required for endurance sports. Beyond providing essential nutrients flaxseed provides valuable fuel required by today's high intensity athlete. Flaxseed increases energy, vitality, stamina and shortens recovery time for fatigued muscles after exertion. It has 18% high class proteins.
Nowhere have the benefits of flaxseed oil for athletic performance been more publicly demonstrated than in preparing Hilary Swank for her as a boxer in Clint Eastwood’s film, Million Dollar Baby. Grant Roberts (her Fitness Trainer) had the task of adding at least 10 pounds of lean muscle to her already lean physique in just nine weeks. In addition to an intense training and lots of practice, he gave her eight or nine tablespoons flaxseed oil daily. Surprisingly, Swank’s hard work added more than 20 pounds of muscle in that time.
According to Roberts, nutrition represents 60 percent to 70 percent of the effective input to building lean body mass. The remaining 30 percent to 40 percent of positive results arise from a judiciously-designed exercise program.
Flaxseed has received an overwhelming response from the athletic and bodybuilding community. An article entitled "Best of the Best", published in the bodybuilding and health enthusiast magazine Muscle Media 2000, claims flaxseed as "the hottest idea in bodybuilding" and "a surprising new category of bodybuilding supplement." Mr. Dan Duchene in his column "Ask the Guru", also writing for Muscle Media 2000, and ranked flaxseed as the number one bodybuilding supplement compared to all other available products.
Ways to include flax seed and flax oil in home cooking
·       Sprinkle ground flaxseeds onto your hot or cold cereal.
·       Add flaxseeds to your homemade chapatti, cookie or bread recipe.
·       To pump up the nutritional volume of your breakfast shake, add ground flaxseeds.
·       To give cooked vegetables a nuttier flavor, sprinkle some ground flaxseeds on top of them.
·       Add a tablespoon of flaxseed oil to smoothies.
·       How much should be taken in a day - The recommended daily dose for most people is approx. 30-50 gm.