Al Jazeera has selected a film on APPAN SAMACHAR in it's first ever filmmaker's workshop in Asia. This workshop was held in Busan, South Korea. They selected 10 filmmakers from Asia to develop the subject with the Al Jazeera team and Asian Network of Documentary. Kumud Ranjan, a documentary filmmaker from Patna has been also selected for the workshop alongwith 9 other participants from Asia. Kumud's film's subject is APPAN SAMACHAR and it was very well appreciated during the workshop by international experts. Kumud Ranjan has made several documentary films. His film on dashrath Manjhi- "The Man Who Moved The Mountain" was screened at Mumbai Int'l Film Festival, Kerla Int' Film Festival 2012, as well as others. Kumud is now preparing to make the film on APPAN SAMACHAR.


﻿ ﻿
Al Jazeera and Asian Network of Documentary are pleased to announce the final 10 filmmakers and their proposals selected for the inaugural Viewfinder Asia project. The filmmakers are invited to attend a week long intensive documentary workshop in Busan, South Korea, from 30th September to 6th October 2012 where they will develop their documentaries for potential broadcast on Al Jazeera in 2013.
More than 200 wonderful and diverse proposals were received from across Asia for the Viewfinder Asia Open Call.
The final selection was based on the strength of the stories, compelling character led narratives and the observational documentary style displayed by the filmmakers who are keen to develop their storytelling skills further.
The stories cover a young man’s quest for freedom, a father dealing with loss in his fight for justice, a couple in crisis as they approach their 60th wedding anniversary, a teenager’s pursuit to report news in her remote village, a son who questions centuries of family tradition, the lure of the criminal underworld, the dream of music, a failing education system, the financial operations of a slum, and a murderous real estate market.
These are the 10 proposals, the filmmakers and the country in which the story is set:- 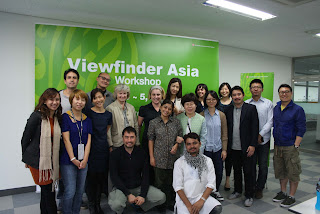